My running journey started early last summer and it feels like the right time to look back and see how far I’ve come.

Taking a look at Runkeeper’s FitnessReports (if you don’t already subscribe, why not?!)… 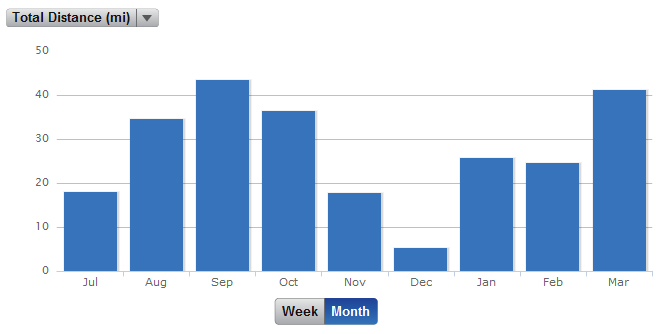 So, distance-wise things are going well. I’ve still got a long way to go to reach my target for 2010 of 875 miles though. 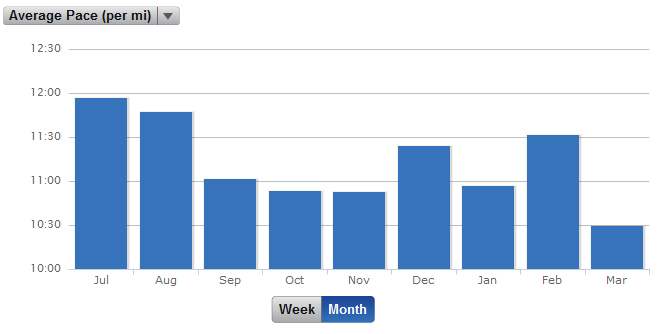 In July ’09, it took on average 11:56 minutes to run a mile. This month (so far), it’s taking me (on average) 10:28 minutes per mile. That’s an improvement of almost 90 seconds per mile. What’s even more encouraging is that in the last couple of runs, my average pace has come down to about 09:50 minutes per mile. That’s a whopping 2 minutes quicker per mile than when I started running. Just how much quicker can I get?!

Some good news… I read today that for every pound you lose in weight, you will get 2 seconds faster per minute (excluding any influence of training).

As I plan to lose another stone (14lbs), that means I could be another 28 seconds quicker per mile in a couple of month’s time.

With that in mind and continued training (introducing tempo runs, more intervals, Fartleks etc), I think I should be able to improve my current pace (assume 09:50 minutes per mile) by another 40 seconds per mile.

I think that’s achievable!! Let’s see how I do!

I really believe in setting near term as well as longer term targets. That way you can see you’re achieving something and won’t get disheartened.